Adam Mitchel Lambert (born January 29, 1982) is an American singer-songwriter and stage actor. Born in Indianapolis, Indiana and raised in San Diego, California, he performed in amateur theatrical productions as a child, a path he pursued into adulthood, appearing in professional productions in the U.S. and abroad. In 2009, Lambert came to prominence after becoming the runner-up on the eighth season of American Idol.[4] After signing with 19 Entertainment in a joint venture with RCA Records, he released his debut studio album For Your Entertainment in 2009; it debuted at number three on the US Billboard 200 with 198,000 copies in first-week sales, and reached the top 10 in several countries. Its singles “For Your Entertainment”, “Whataya Want from Me” and “If I Had You” also became international successes.[5] Soon after the album release, he headlined a worldwide concert tour, Glam Nation, the first American Idol contestant to do so in the year following his Idol season. The tour was followed by two live releases: an extended playentitled Acoustic Live! (2010), and a live CD/DVD Glam Nation Live (2011), which debuted at number one on the SoundScan Music Video chart.[6] Lambert took executive producer credit and was a principal writer on his second studio album, Trespassing, released in May 2012, to critical acclaim.[3][7] Trespassing made its debut in the number one spot on the Billboard 200 album chart, also topping the Billboard Digital Albums Chart and Canada’s Digital Albums Chart.[8] Lambert made music history as the first openly gay artist to achieve this top charting position.[9]

Citing influence from various artists and genres, Lambert has a flamboyant, theatrical and androgynous performance style, and a powerful, technically skilled[10] tenor voice with multi-octave range.[11][12] His showmanship and commanding presence in live shows have also become part of his signature.[13][14] He has received numerous awards and nominations, including a Grammy Awardnomination for Best Male Pop Vocal Performance in 2011[15] and an Honorary GLAAD Media Award in 2013.[16] By April 2012 his first album had sold nearly two million copies worldwide[17] and 4.2 million singles worldwide as of January 2011.[18] The Times identified Lambert as the first openly gay mainstream pop artist to launch a career on a major label in the U.S.[19] 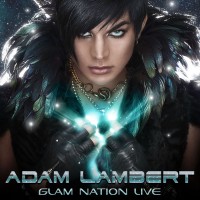 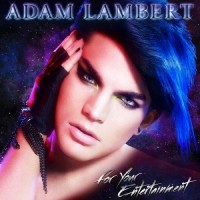 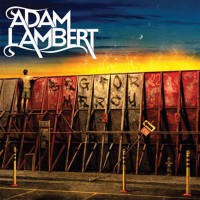 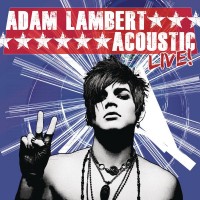 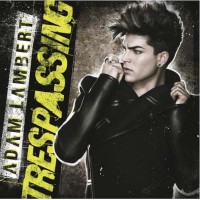