Stepbrothers Pérez and Cabra first got a record deal with White Lion Records after sending the label a demo tape, and after the controversial song “Querido F.B.I.” was released, the group gained notoriety in Puerto Rico. In 2005, Calle 13 released its eponymously titled debut album, which became very popular due to the singles “Se Vale Tó-Tó” and “¡Atrévete-te-te!“. In 2007, the group released its second album, Residente o Visitante, which was also very successful and experimented with a wide variety of genres. The album helped the group gain success throughout Latin America and win three Latin Grammys. The group released its third album, Los de Atrás Vienen Conmigo, in 2008, which won Album of the Year at the 2009 Latin Grammy Awards. Calle 13 released Entren Los Que Quieran in November 2010 and its latest album, Multi_Viral, on March 1, 2014.

Calle 13 is noted for its eclectic musical style, often using unconventional instrumentation in its music, which distances the group from the reggaeton genre. The band is also known for its satirical lyrics as well as social commentary about Latin American issues and culture. The stepbrothers are strong supporters of the Puerto Rican independence movement, a stance that has generated controversy.[2] For their work, the group has won nineteen Latin Grammy Awards. They hold the record for the most Latin Grammy wins. They have also won two Grammy Awards. 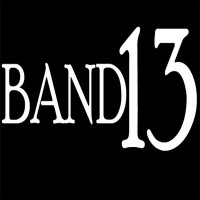